There are no upcoming events.

The Driving Rallye was held as a Poker Run

Jim  & Denice Morrison had top hand with a Full House, followed by Brian Naas with a Straight he filled with his last card(!) and Matt Reynolds & Taylor Curry with a pair of Kings and Aces

This is the Route that was taken

Checkpoints on the Rally were

Riordan Mansion
City Overlook
Coconino Center for the Arts
Museum of Northern Arizona
Lot 1 at Snowbowl was a destination but not a Checkpoint so that those concerned their car traveling up to 9,000 feet would be an issue 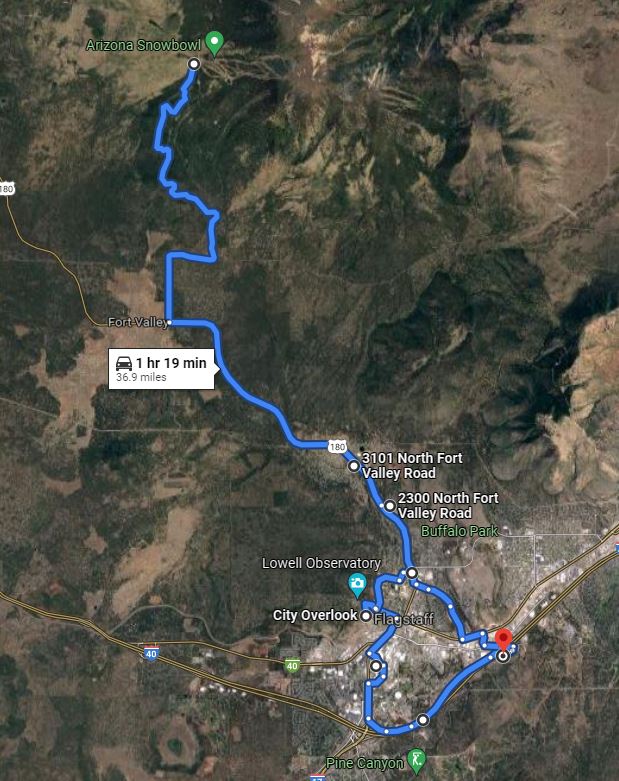